It’s impossible to scour the Internet for business marketing strategies without stumbling across some “thought leader” ranting and raving about the importance of social media. Today we focus on Twitter in particular:

While there’s nothing wrong with chirping Twitter’s praises, there’s also nothing really right with it. No one benefits from all of the posts droning on and on about how businesses need to use Twitter for marketing.

And the “comprehensive” guides out there aren’t any better. These walkthroughs jump right in and immediately prescribe best practices without even considering the possibility that Twitter may have its failings. 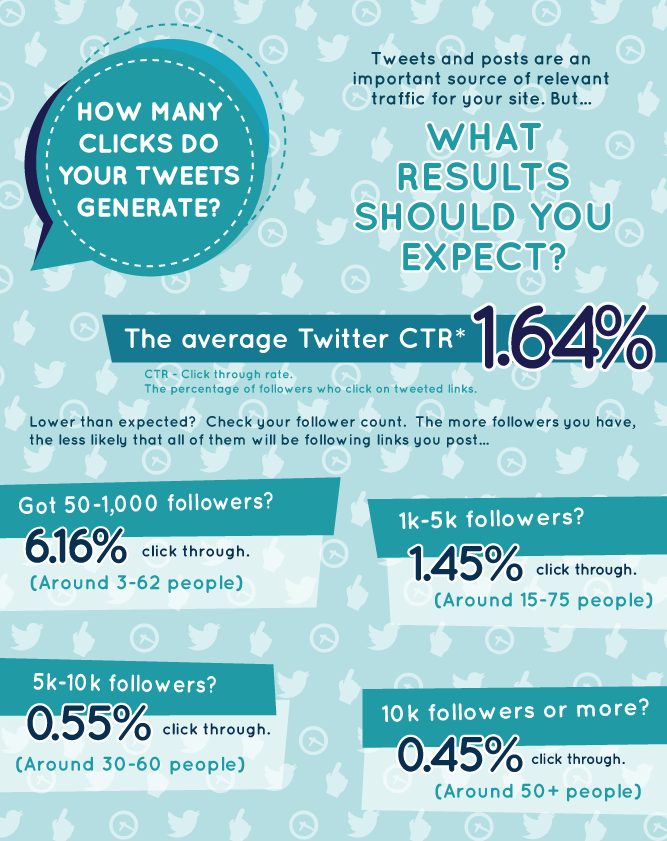 Terrible might be an understatement. So what’s causing this poor CTR? Look no further than all the jam-packed Twitter streams.

Giving attention to every single one of those 221 tweets day in and day out simply isn’t feasible, even for the most adept social media managers. Long story short, users are getting flooded on Twitter and can’t keep up with it.

The Bad News
No one is paying attention to your tweets.

The Good News
No one is paying attention to anyone’s tweets.

“In the Middle of Every Difficulty Lies Opportunity” – Einstein The silver lining is that Twitter tweets everyone equally (sorry, I couldn’t resist). Tweets from Katy Perry, Justin Bieber, and the rest of the rich and famous get buried in their followers’ streams right along with those from users like you and me.

Advertisers (and apparently disgruntled customers) find it difficult to get noticed, so Twitter provides an opportunity for exposure with its promoted tweets.

Unfortunately, most users don’t have the cheese to throw at this “opportunity” and are brought back to square one, trying to tweet the loudest and most frequently with hopes of attracting an audience. That never turns out well (see the top two reasons users unfollow on Twitter).

So if promoted tweets and yelling for attention aren’t the answer, what’s the real opportunity in the middle of this difficulty? 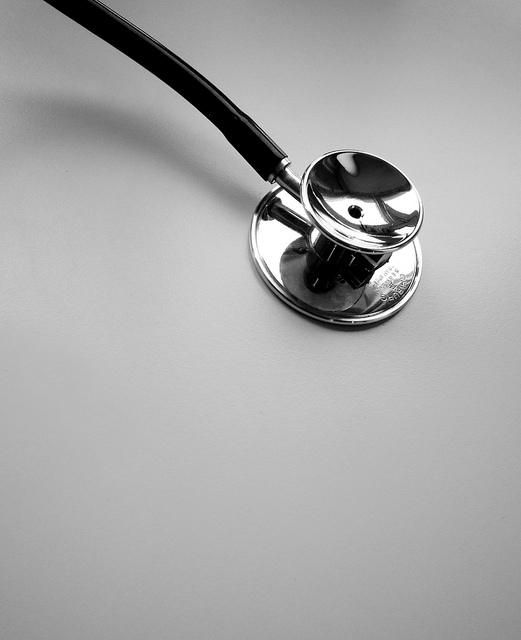 The common misconception is that Twitter is best used as a megaphone when in reality it’s more valuable as a stethoscope. Twitter isn’t a sounding board; it’s a listening room. Instead of searching for the right words to tweet, search for the right influencers to follow. Building relationships with influencers on Twitter will help you broaden your own reach and audience.

Dedicate time to read and respond to these influencers’ tweets. Check out the blog posts they share. Explore the articles they mention. Read all of their tweets. And when something genuinely strikes your fancy, leave thoughtful comments on their blogs, retweet to your followers, and reply with a “thanks for sharing!”

Don’t fake it. Don’t overdo it. Don’t expect anything in return. Just engage with these influencers and build relationships based on common interests. In a social network dominated by talkers, it’s the listeners who will stand out.

Even influencers are happily surprised when followers read and respond to their tweets.

“That’s all fine and dandy, but how do I find these influencers?”

BuzzSumo. BuzzSumo is a very powerful search tool that finds influencers on Twitter. The beta version of the app is currently being offered for free, and I highly recommend taking advantage of this valuable, new service. Here’s a great tutorial for getting started on BuzzSumo.

Now let me be clear that I’m not suggesting abandoning tweeting during this time of “listening” to influencers. After all, Twitter wouldn’t work too well if no one ever said anything, right? Continue to tweet funny quips, interesting articles, and thought-provoking questions. The activity will help attract new followers and engage current followers.

But when it comes to what you tweet, there’s only one catch: no tooting your own horn. Links to company blog articles, advertorials, sales pitches, recent business achievements, and all other forms of self-promotion are off limits (I admit, I’ve been guilty of this!).

Twitter isn’t the place for promotion; you have to take these types of tweets elsewhere.

Take Your Tweets To South Beach 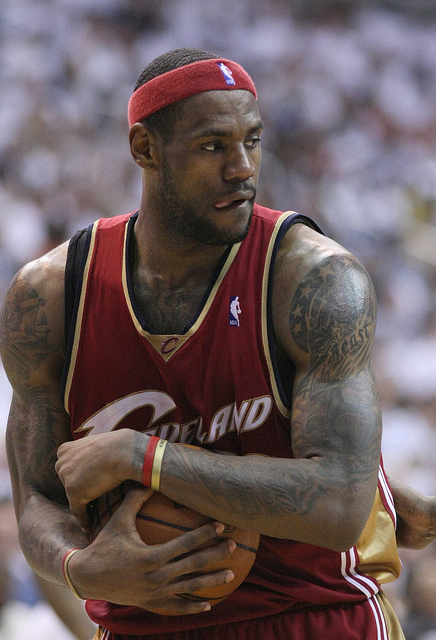 There’s no doubt that LeBron James owes the start of his successful NBA career to the Cleveland Cavaliers, but to position himself for even greater success he needed to “take his talents to South Beach” and join the Miami Heat.

It’s not that LeBron’s level of play improved simply by virtue of changing franchises, it’s that the Heat provided the necessary components for a championship team that the Cavaliers couldn’t offer.

Twitter is the Cleveland Cavaliers: a great place to start, but not where championships are won. Clevelanders have even coined a phrase that parallels this nicely (or maybe not so nicely).

Success begins with following and building relationships with influencers on Twitter, but winning a championship requires taking your tweets to South Beach: email. 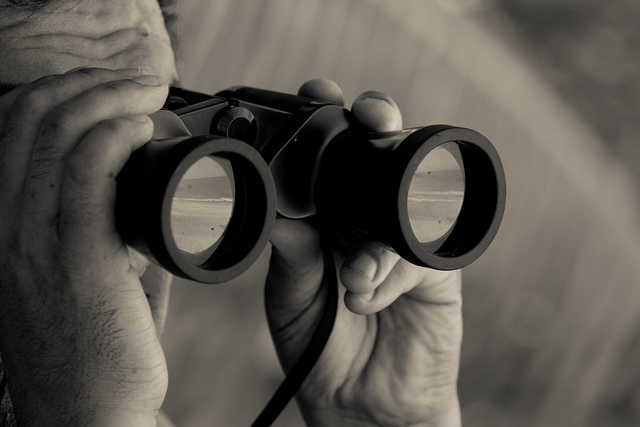 [Seriously, though, don’t stalk anyone]

After engaging with the influencers you’re following, the next step is to send each of them a personal email asking them to review your company, new service, blog post, etc. (whatever you would like to promote). It’s important that you’ve created a bond with your influencers; otherwise they won’t take any time to consider what you have to say.

There’s no magic number of interactions or amount of time that guarantees you’ve established rapport, so you’ll simply have to assess where you stand with each influencer as you interact with them. Eventually you’ll have to track down email addresses. If you’re lucky, this may require nothing more than a quick visit to their websites. In most cases, it will require some detective work.

2. Google the email address domain with the influencer’s name

It’s surprising how powerful a Google search can be. Type in the email address domain in quotations followed by the influencer’s name (“@blog.usimprints.com” Jason Biddle) and start looking for a match. Be ready to dig deep in the search results; it may take a little effort to sift through and find the influencer’s email. If the Google search comes up empty, then proceed to step 3.

3. Verify the syntax of the local part of the email address

The local part of an email address comes before the @ symbol (jason.b@). At this point you know the name of the influencer whom you are planning to email and the email domain. The local part is the only missing piece. There are a variety of conventions that companies use for the local part: jasonbiddle@, jasonb@, jbiddle@, etc. If you discover the syntax (or pattern) of the local part, then you’ll know how to complete the email address. The best way to find the local part is to conduct the same search in step 2 but with a different employee’s name (“@blog.usimprints.com” James Curtis). Finding another employee will require some searching on the company’s website, LinkedIn, Google search, etc. If you can’t find other employees, then proceed to step 4.

Rapportive is a very useful plugin for Gmail and Google Apps Mail that verifies contacts based on email addresses. Once the app is installed, trial possible email addresses with different local parts and check Rapportive to see if it provides a match. To help out your guesswork, use this spreadsheet.

With email addresses in hand, you can now draft a personal message to your influencers that will grab their attention. Tweets go unread but emails don’t. Plus email carries greater importance because it is a much more intimate and personal form of communication than a tweet that’s sent to the masses.

If you’re struggling to find the right words to say, here’s a sample email that might give some inspiration:

I’ve been reading a lot of your blog posts lately and really dig your stuff.

I know you specialize in customer relations and sales, so I’d love your opinion on a new product I created that helps companies offer better customer service. Here’s where you can give it a trial run [insert link].

Let me know what you think,

P.S. I especially liked the article on how Valentine’s Day can be used to strengthen customer relationships. In fact, I took your advice and sent gifts to my customers as a way of saying thank you to them (it was a big hit!). Here’s what I sent! [Attach image of gift].[/notification]

Ask and Ye Shall Receive

Asking an influencer for a favor may seem like a long shot, but your chances are much better than you’d think. And if you’re turned down the first time, then your chances improve even more that you’ll get a “yes” for the second favor you ask.

“Second favor? Why would I ask for a second favor if I was turned down the first time?”

Because a research experiment by Daniel Newark of Stanford University shows that saying “no” one time is hard, and saying “no” a second time is really hard. The results are really surprising and, more importantly, in your favor.

So get out there and build relationships with influencers!