Last week the USImprints team attended the ASI Convention in Orlando, FL and got to check out some of the hottest new promotional products on the market for 2018.

Here’s a little bit of what you can be looking forward to seeing this year: 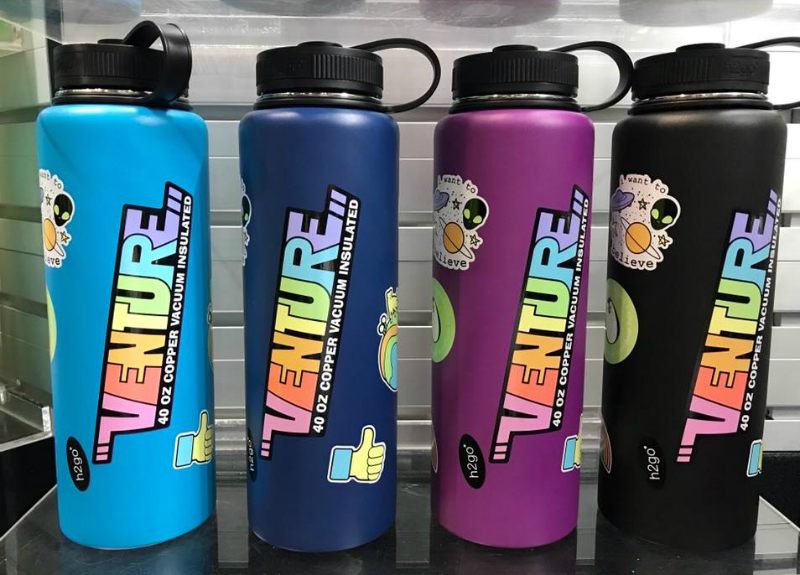 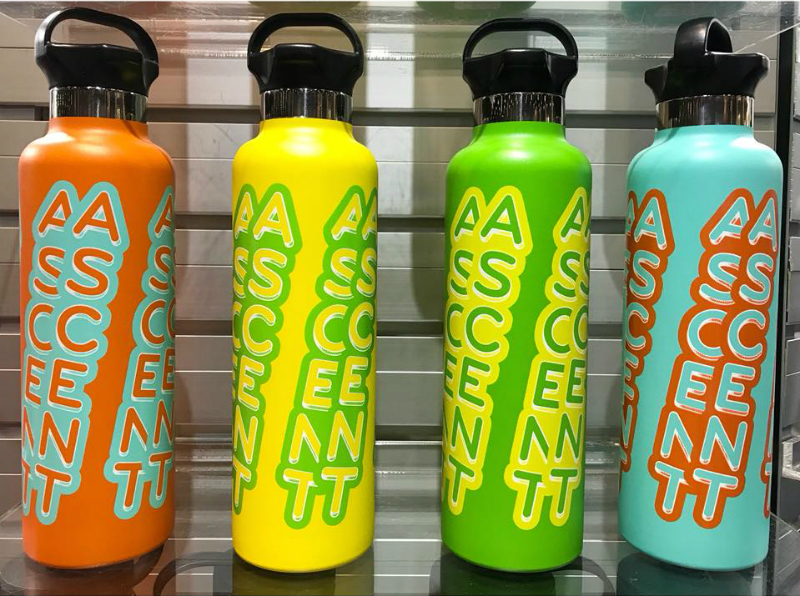 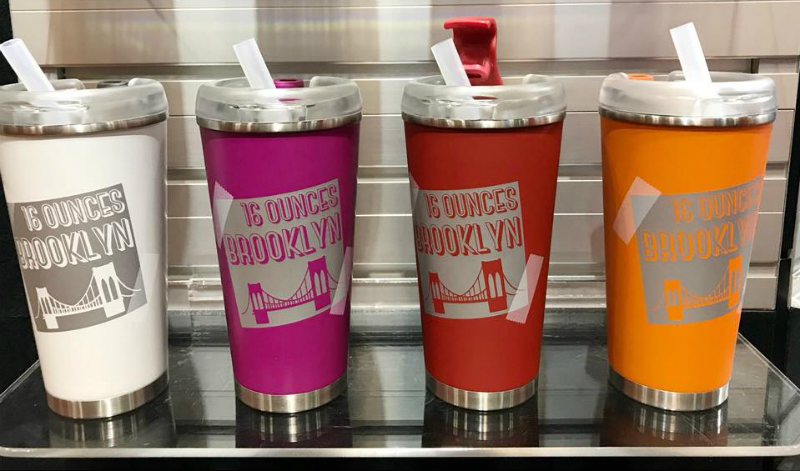 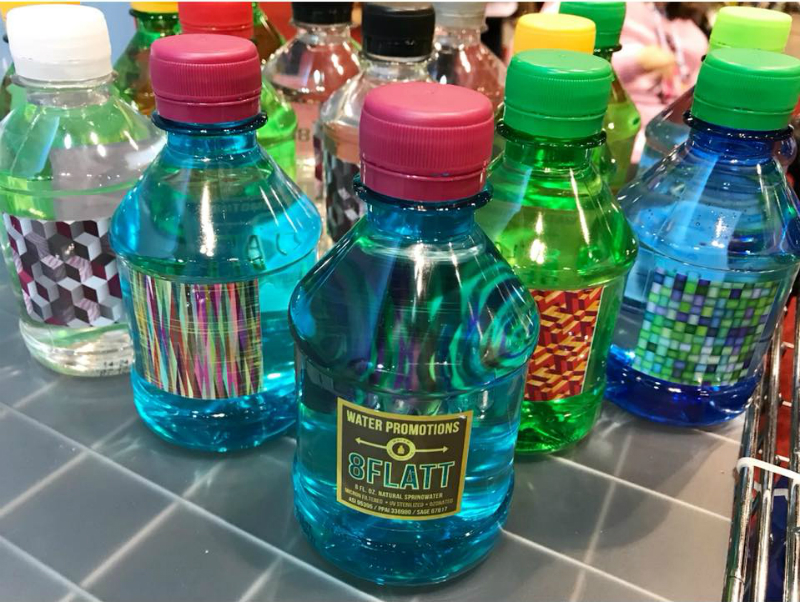 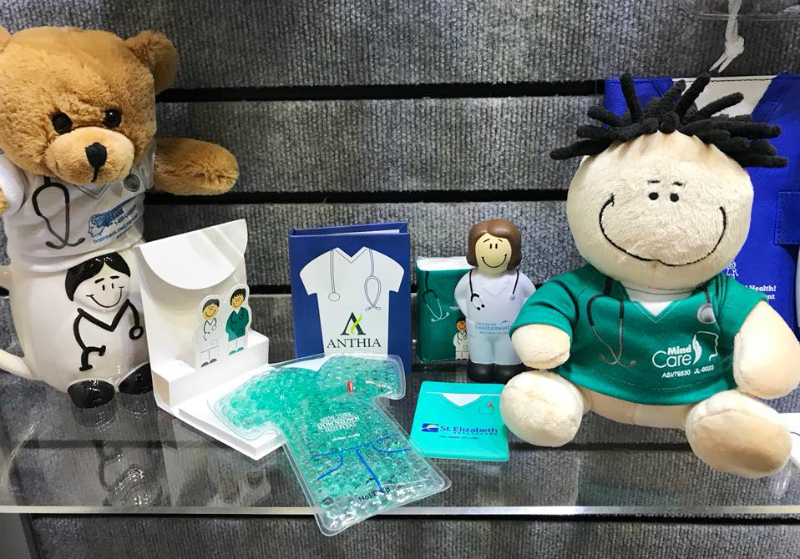 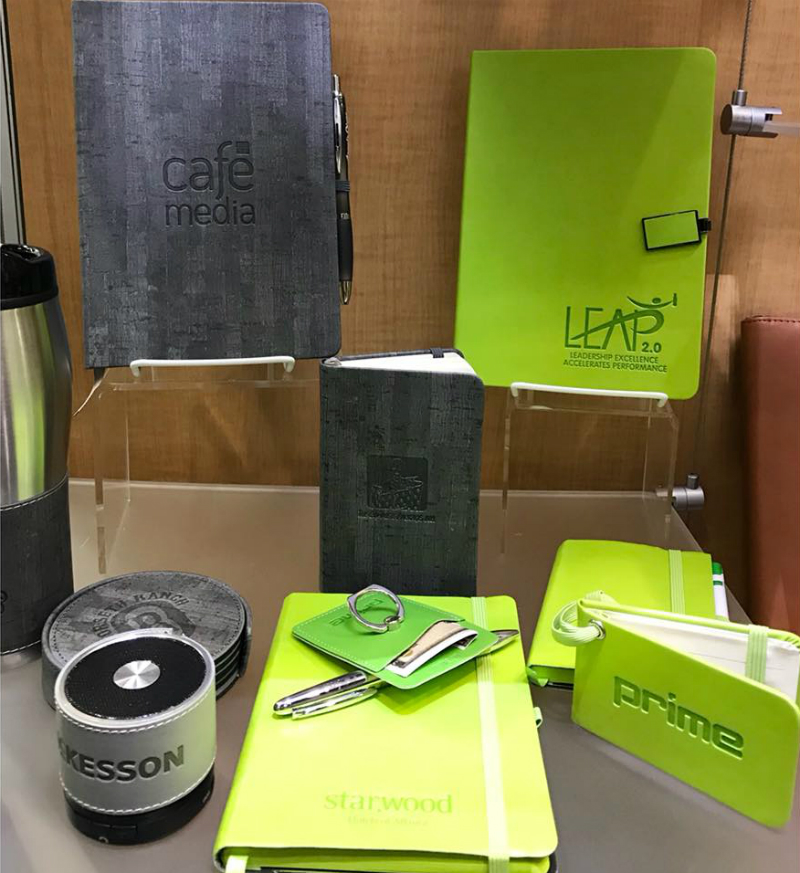 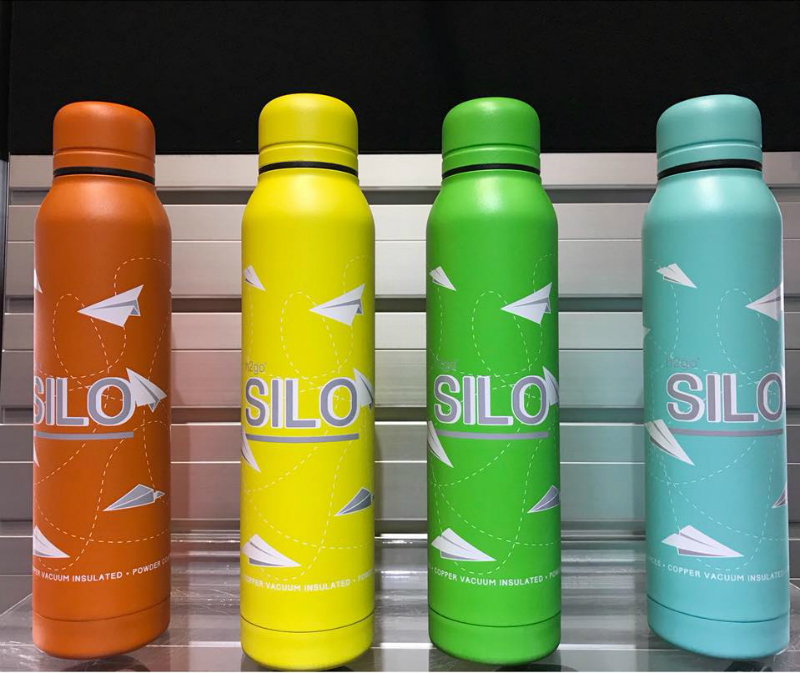 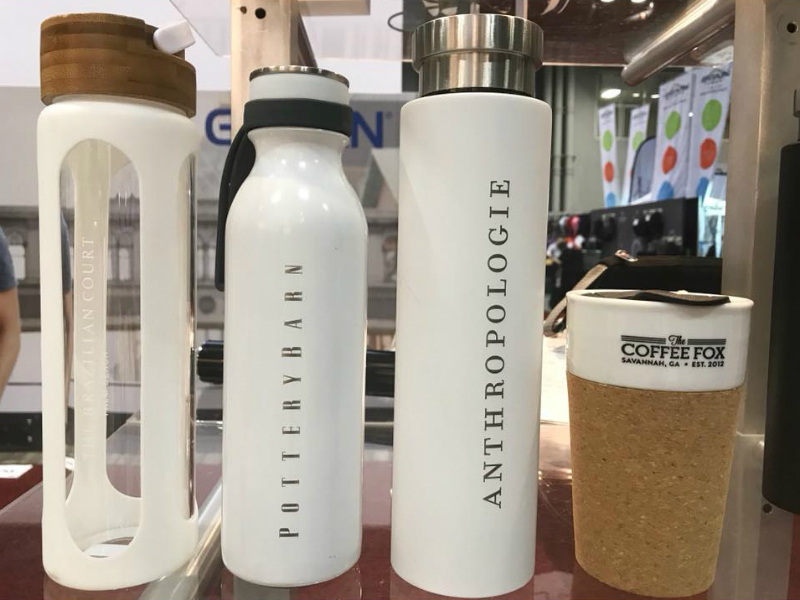 A hidden gem no longer, Nashville has garnered quite a bit of national and international attention over the last year:

2018 will likely be no different. Booking.com has ranked Nashville #2 in the world for the top “up and coming” destinations to visit. But Nashville isn’t just a top spot for sight-seers. It’s a destination for business travelers.

50% of the US population lives within 600 miles of Nashville, and it boasts two award winning convention centers – the Gaylord Opryland Resort and Convention Center and the Nashville Music City Center. For your trade show or event, you can’t go wrong with either.

The Music City Center is a state-of-the-art, 2.1 million square foot facility in the heart of Downtown Nashville. Conventions and meetings are offered a host of meeting rooms, exhibit space, attendee accommodations.

With the spike in tourism, Nashville’s hotel supply has had to play catch-up quickly. There are now, however, more than 100 hotel projects underway in Nashville. Most of them will be in and around the downtown area.

Both convention centers have adjacent hotels. If you’re looking to stay on site, you can’t go wrong with The Omni or Opryland Hotel. The Sheraton Grand Nashville Downtown is a good option, as well, just a five minute walk from the Music City Center.

Additionally, Loew’s Vanderbilt Hotel, The Thompson, and the Hutton Hotel are a few of downtown’s best options, all offering Nashville’s charm, beauty, and convenience.

If you’ve got a free evening or a few hours to see the sights, what else would you do in Music City than find some good music. The iconic Grand Ole Opry is now within walking distance from the Opryland Resort and Convention Center, but the original site was the Ryman Auditorium in downtown Nashville. The Ryman is the “Mother Church” of bluegrass and country music and still one of the best places in the world to see a show.

You’ll like what you hear at a few different venues in town. The intimate Bluebird Cafe is where some of the town’s best songwriters, many of whom have written chart-topping hits, perform their own ditties. The Station Inn in the Gulch neighborhood is widely regarded as one of the best bluegrass venues around, and The Schermerhorn Symphony Center is one of Nashville’s architectural and acoustic gems.

Broadway is the mecca for live music, with world famous honky-tonks like Tootsie’s Orchid Lounge, Robert’s Western World, or Layla’s Bluegrass Inn, and AJ’s Good Time Bar. You won’t find many Nashville natives hitting these spots, but you can’t really get the full Nashville experience without a trip down Broadway.

If it’s music history you prefer, you’ll want to visit the Country Music of Hall of Fame and Museum’s RCA Studio B, where Elvis Presley Roy Orbison, and Dolly Parton all have cut tracks.

Nashville has more to offer than just music. Cheekwood Botanical Gardens and Museum of Art offers sanctuary from downtown’s bustle with multiple walk-thru gardens, water features, art installations, and a sculpture trail, as well as the art museum, housed in the original Georgian-style Cheek family mansion.

And now for the most important part of our guide: where to eat on your visit to Nashville. You can’t dine in Nashville without trying the city’s famous hot chicken. You could find a hot chicken dish at almost in place in town, but Prince’s Hot Chicken and Hattie B’s are the two godfathers. So which one of the two? Flip a coin.

The restaurant scene has exploded along with tourism and population growth in the last 10 years, so there are almost too many good options to choose. Biscuit Love will have a line out the door for breakfast, and deservedly so, but we think Barista Parlor, just two blocks away, serves up some darn good biscuits too, with shorter lines, better coffee, and a selection of Five Daughters Donuts.

Speaking of coffee, skip Starbucks and get your caffeine fix where the locals do: Fido, Eighth & Roast, or Crema.

No shortage of good burger options for lunch, either, but in our best attempt to narrow it down, you can’t go wrong with Burger Up or The Pharmacy.

Dinner options may just depend on which part of town you’re in, but your shortlist should include Husk, The 404 Kitchen, City House (order the pork belly pizza with egg), Rolf & Daughters, and Josephine.

As always, visit USImprints for all of your business travel luggage and accessories, and strengthen your brand in places you never could have reached otherwise.

With each new year comes many of the same New Year’s resolutions. The same few items seem to be on all our lists, mostly focusing on health, wellness, and time and money management.

Here are a few tools to help your people get where they want to go in 2018. 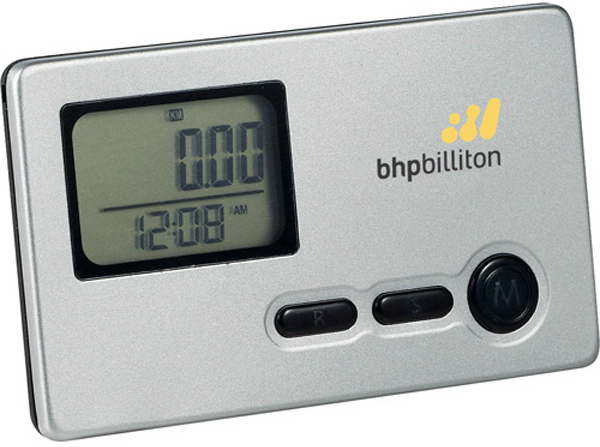 Health and fitness ranks among the top New Year’s goals each and every year. Many experts recommend walking at least 10,000 steps each day as a means to a healthier lifestyle.

Americans only average 3,000-4,000 steps per day, but making a significant increase doesn’t have to be incredibly difficult. By taking advantage of a few opportunities each day and keeping track of your steps using a pedometer, people can make significant strides toward their goal. A 30 minute walk alone will net you somewhere close to 4,000 steps.

Another goal high on most everyone’s list is being more organized and productive, and time management the real key to both. Dedicating 10 minutes a day to clean up email files, bills, and invoices into the appropriate folders will make this resolution stick.

Personalized day planners for the members of your office will mean out with the clutter and in with the sanity in 2018. 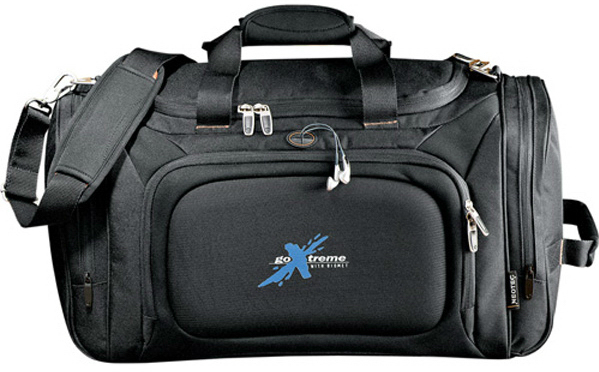 If you want to travel more in 2018, be specific about where you want to go, when you want to go there, and what you’d like to do when you get there. The more specific you are about your goals, the greater your chances of accomplishing them.

The right luggage can help your team members accomplish their goals, whether their traveling for work or pleasure. With branded luggage and accessories your team can show off your brand while catching flights, hailing cabs, and running to meetings. 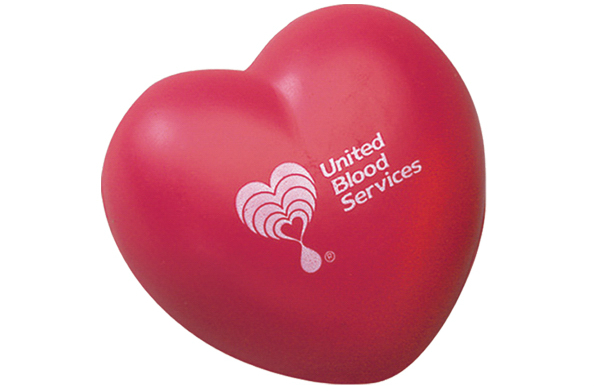 Reducing stress is one of the most worthwhile goals your teammates can purse in 2018. We all know it’s adverse effects on health, happiness, and productivity.

Making a meditation habit is a proven way to help reduce stress, and using tools like stress balls can make your meditation time even more effective.

Because there is a stress ball for every theme imaginable, and they are so inexpensive, they continue to be among best-sellers for promotional products. They also work, according to therapist Ellen Wilkins, LMFT, PT.

If you’re wondering what kind of corporate swag appeals to young people, look no further than the 2017-18 college football bowl games. Gone are the days of simpler days of the Orange, Sugar, and Rose Bowls. Now, thanks to corporate sponsorships, we’ve got the Taxslayer Bowl, The Belk Bowl, the Famous Idaho Potato Bowl, and the Bad Boy Mowers Gasparilla Bowl.

Despite the influx of money into college football, the players still don’t get paid. They do, however, get a killer swag bag full of corporate giveaways. If you’re looking for items to stock your school store or pass out at the area music festival, this list will give you a good idea of what’s trending with the 18-22 crowd.

Seventeen of the 41 bowl game giveaway packs included backpacks or duffle bags. Seven included sunglasses. These are classic corporate giveaways that never go out of style, and for school-aged young people, they’re even more popular.

Backpacks start at just a few dollars and go up to over $100, offering plenty of styles options for any price point. Same goes for sunglasses, which start at less than $1.

Per usual, tech items were also a popular gift this year, including: Amazon Echo, noice cancelling headphones, and bluetooth speakers.

It’s that time of year again. Time to invest time and effort into a company Christmas card for your clients, potential clients, and business associates, only to have them buried in a heap of mail on the front desk.

Not this year, though. This year you’re going to create a lasting impression with the perfect company Christmas card. You want to make sure you express your appreciation to the people who matter most to your business. To do that, you need to consider a few factors.

On a typical holiday card, space is limited, and for good reason. No one wants to read through dozens (or hundreds) of holiday essays. Your message should be short and sweet, like a tweet, before they doubled the character limit. Making it sound sincere and also professional can be a challenge, but it can be done.

Here are some examples to get you started:
44 Different Holiday Card Messages for Small Businesses

When it comes to your holiday card imaging, you’ve essentially got two options: photo or illustration. It you go with a photo, the obvious choice would be one large image of your entire team. You can’t really go wrong with this one. It gives your associates a chance to see the faces of everyone involved in your business. Many of them may only interact with one or two members of your team.

Here’s an example from USImprints that shows off the entire team and provides a little local context. 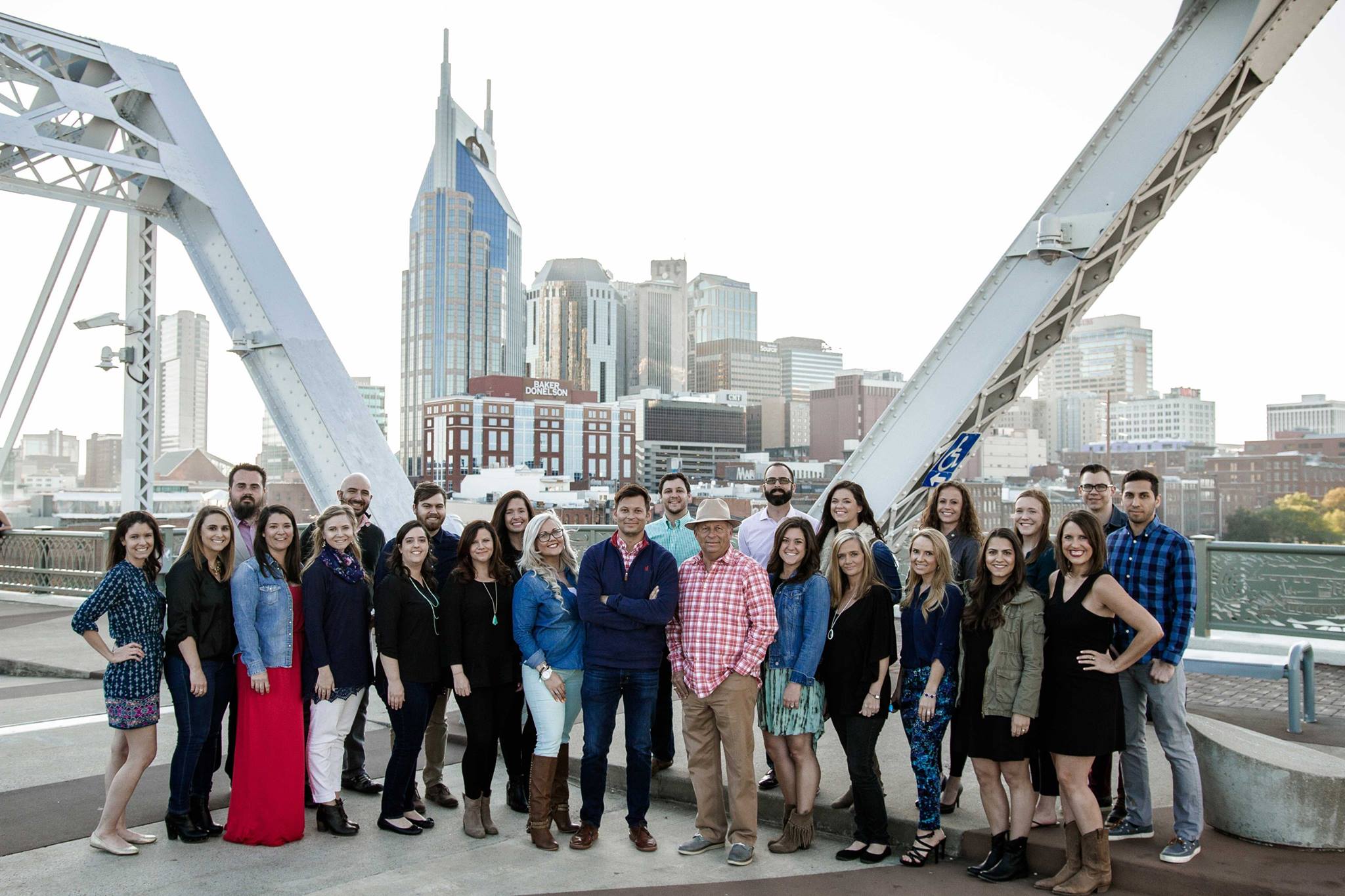 Illustrated holiday images need to be thoughtful, elegant, and professional, and there are many to choose from. You’re familiar with the classics: Christmas trees, reindeer, snowy forests, and Santa Claus.

You could always get creative and combine photos with illustrations. Photoshop your team members’ faces into ornaments or snow globes or Santa’s reindeer.

Here are The best agency holiday cards of 2016 from some of the most creative marketing minds around.

If you need design assistance along the way, the design team at USImprints will be glad to help.

Cardstock is sometimes referred to as “cover paper,” “cover stock,” or “pasteboard.” This heavy-weight paper is often described by pound weight. This is the weight of 500 sheets of paper measuring 20 inches by 26 inches.

In addition to cardstock weight, you may want to keep in mind that you can use several different types of specialty cardstock to accent your holiday card: 1)white core cardstock, 2)textured cardstock, a heavy-weight paper with a linen or canvas texture can add a sophisticated touch to your holiday card, 3)glittered cardstock, paper with glitter in the background adds a festive touch to any layout, and 4)metallic cardstock: generally available in gold, silver, and copper colors, this cover stock lets you add a bit of metallic sheen to your layout without the bulk of real metal embellishments.

Shop over 200 holiday cards at USImprints.com.